Are you ready for this cosmic jelly?

Welcome to the mashup world of TOPIA. Room 101 it ain’t.

This isn’t the way I envisioned starting this introduction to TOPIA. A European war on the back of a pandemic. We are living through a cataclysmic age in a troubled world, and whoever’s writing this script has one hell of an imagination. But citizens are fighting back, showing a love that inspires and a plot development that need to be told. We need these stories rooted in good.

I always thought Room 101 could use a makeover. In George Orwell’s 1984, it’s a room where prisoners face their worst fears. But what if you had the opposite – a place where people could see everything good about the world?

Comedian Stephen Fry once proposed a ‘Room Lovely’ – where people could see everything they loved in one place. This was part of my inspiration in creating TOPIA, as a way to collect and present the world’s good, and encourage a romp through unique stories that tap into the thrill of being alive.

But that doesn’t mean ignoring the blind spots. We must hurl ourselves into the sticky, tricky places as much as the fun ones. Because even in humanity’s darkest and most fractious corners, exciting conversations and creativity bring light and epiphanies. Making you think, cry, and laugh.

TOPIA is your guide to an extraordinary world in metamorphosis.

A kaleidoscopic look at culture and positive impact. 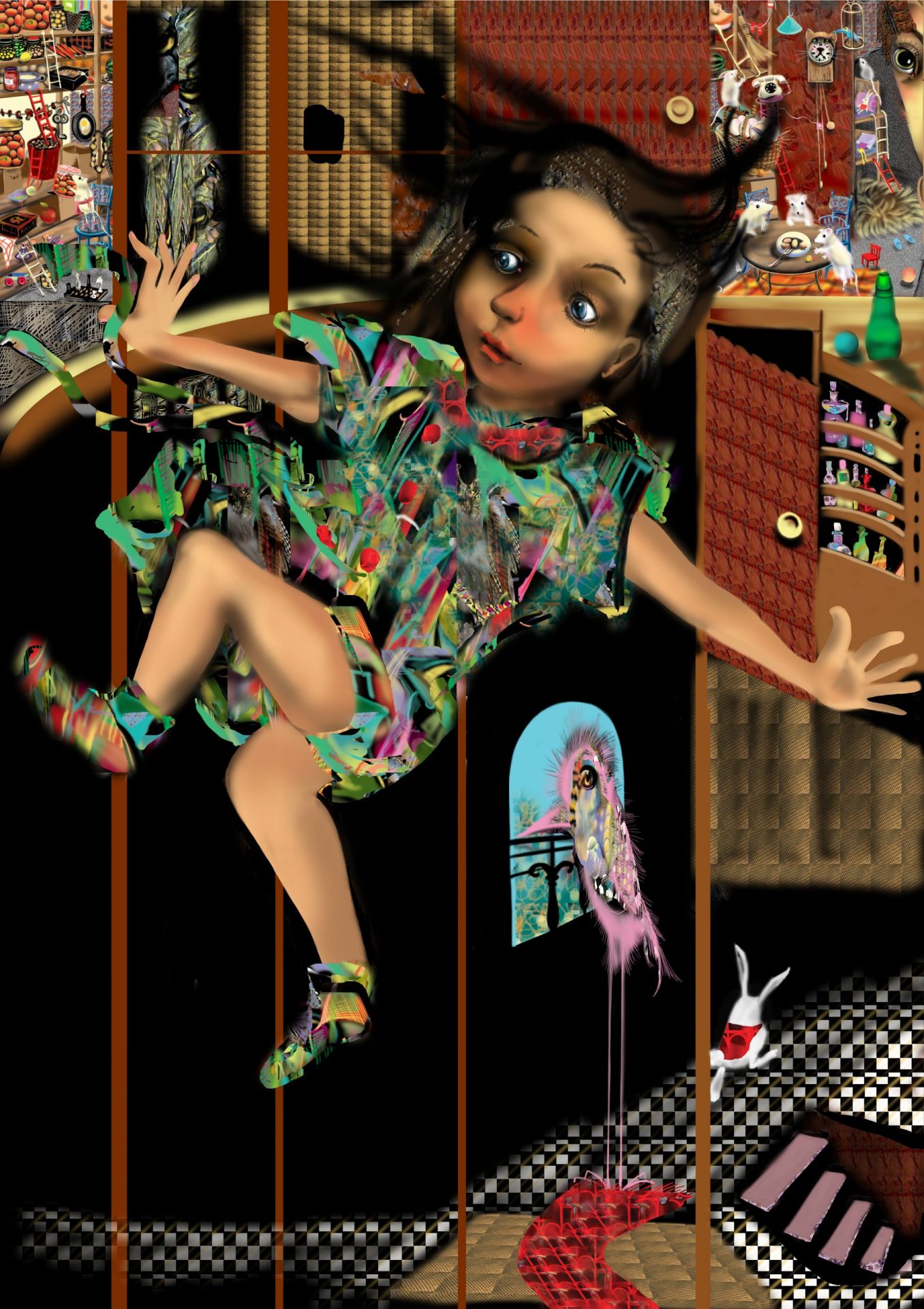 is Lewis Carroll meets Tina Fey in the canteen at National Geographic. It’s a multicoloured cabinet of curiosities, where diverse voices report from the world’s wildest edges.

So where to start?

How about – at the beginning?

Ever wondered if we can save this wild wonderland – or if naked mole-rats or water bears will outlive us all? Just what is this mind-bender of a universe all about? As big questions about life, the Universe and everything fire us up, TOPIA kicks off with a moment of cosmic alchemy: The Big Bang.

We were made in a star. Scientists say everything originated from the same particle – the singularity. Almost 14 billion years later, humankind became conscious, and we started doing some really cool stuff. But also some horrific things. Today, even the moon is backing off – socially distancing further each day. And who can blame it?

In the beginning the Universe was created. This has made a lot of people very angry and has been widely regarded as a bad move.

Douglas Adams, The Restaurant at the End of the Universe

Season 01 of TOPIA is a redemptive journey through space and time – from the South Pole to the Bermuda Triangle – meeting the planetary defenders sorting humankind out. While the James Webb Space Telescope examines the stars and searches for signs of life, we scour Spaceship Earth for stories of creation and beings using the force of good to solve problems right here, right now.

And things get surreal.

Under a shimmering starscape in the wild wetlands of Argentina, a CEO watches a reptile with 245 million years of scaly evolution being wrestled by a jaguar in a human-made ecosystem. In the Pacific, an underwater explorer with a sixth sense for shipwrecks takes off his snorkel and things get magnetic. And in space, well, Elon Musk is lobbing cars into the wrong orbit.

The joy is in the mix. Although I’m happy to guide you around our wild wonderland, feel free to choose your own adventure, delight in our surreal mashup – and click on THE RABBIT HOLE randomiser at the bottom of the page as many times as you like for inspiration.

TOPIA is hard to pin down – that’s okay. Just remember, whatever wonderful weirdness life throws at you, look up at the stars once in a while, and remember to dream.

Because, if anything is going to save the world,
it’s us falling in love with it.

In S01, The Futurenauts chat Big Bang epiphanies with comedian Jon Richardson in an exclusive TOPIA podcast; ‘Willy Wonka of Design’ Nelly Ben Hayoun unravels the magnetic mystery of the Bermuda Triangle, meets the real Iron Man, and explores silence with polar explorer Erling Kagge; John Elkington meets the inventor getting astronauts excited; Patagonia founder Yvon Chouinard explains why he wants to ban the word ‘organic’, and we get frank with a stardust expert about eating meteorites.

Get heroic with conservation legends

Wilderness conservationist Kris Tompkins brings us to the edges of South America to teach birds how to fly – using puppets. Voyage into the deep sea with conservation-photographer pioneer Cristina Mittermeier, get tips on how to bring down a Russian timber baron from your desk from the eco-spies covering Siberian scandals, and learn how to survive alone from the world’s most famous wolf.

Are we alone? Is space just for scientists (or rich white men)? Are we about to be obliterated by a comet? We gave three astro science stars three minutes to answer one big question: How can we see space differently?

And a cockroach, tardigrade and naked mole-rat face off in a Celebrity Deathmatch for apocalypse critters:
What will be the last creature on Earth?

Nature’s talking – can you listen?

Ever wondered what it’s like to be a tree? Come face to face with a cornucopia of cool creatures. Because in TOPIA, nature can talk, even an atom. Featuring poetry, short stories, and tentacles. Who doesn’t want to hear from an Instadam-obsessed beaver?

The power of human creativity

Fall down the rabbit hole

How big is space? What does space smell like? Can we live forever? Discover weird science and tales of the unexpected in this impossibility-denying space. Plus, 7 best books for a Big Bang.

Small screens, big screens and stages are filled with folks making sense of this world. The astroparticle science consultant behind The Big Bang Theory tells us what really happens when you fact-check Sheldon Cooper. And we meet the next generation of comedians in Africa.

Rocking for a cause

Stories of rebirth from chaos

Need some positive transformation affirmation? The Jedi chef behind the world’s first zero-waste restaurant introduces this Justice League giving upcycling a twist, Lebanese-American photographer Rania Matar shatters boundaries with images of women emerging from their cocoons, and the award-winning “New York Times volcano guy” reveals how volcanoes are cooler than you.

As super volcanoes rip us a new landscape, take in an exclusive photo story from Iceland: an off-road rally driver and pioneering designer skirts the strange as she fights her way across black lava. Plus, discover America’s weird with bestselling travel author and ‘outsider’ Richard Grant, and unsee Birmingham’s invisible woman.

Get your escapism fix with serialised fiction and stardust-filled stories – from Big Bang Noir straight out of Hollywood to a pilgrimage of interdimensional donkeys who accidently create a universe.

To understand what inspired the vibrant world of TOPIA, read Mind Blown: The girl with kaleidoscope eyes. (No mushrooms necessary.)

Sometimes I’ve believed as many as six impossible things before breakfast.

‘The White Queen’ in Through the Looking Glass, Lewis Carroll