“The animals started helping each other and things got biblical”

ARTOPIA is an ongoing series exploring the power of art and this thing called life.  Here, Barcelona-based New Yorker Scott Riley tells us about how the state of the planet inspired his post-apocalyptic art

During the extreme lockdown in Barcelona in 2021, Scott Riley started painting “stuff around the house” with his daughter, Marina. These were small still lifes, pictures of domesticity. By the end of the year, he was ready to take on a more challenging subject than bottles of cleaning fluid and bowls of lemons. And that’s how Ruins of Civilization came about.

Riley’s first idea was to paint epic scenes of garbage, and the aftermath of catastrophic floods and fires. Landscapes of devastation, our toxic endowment to the future. But some animals made their way into the catastrophic scenes by chance. 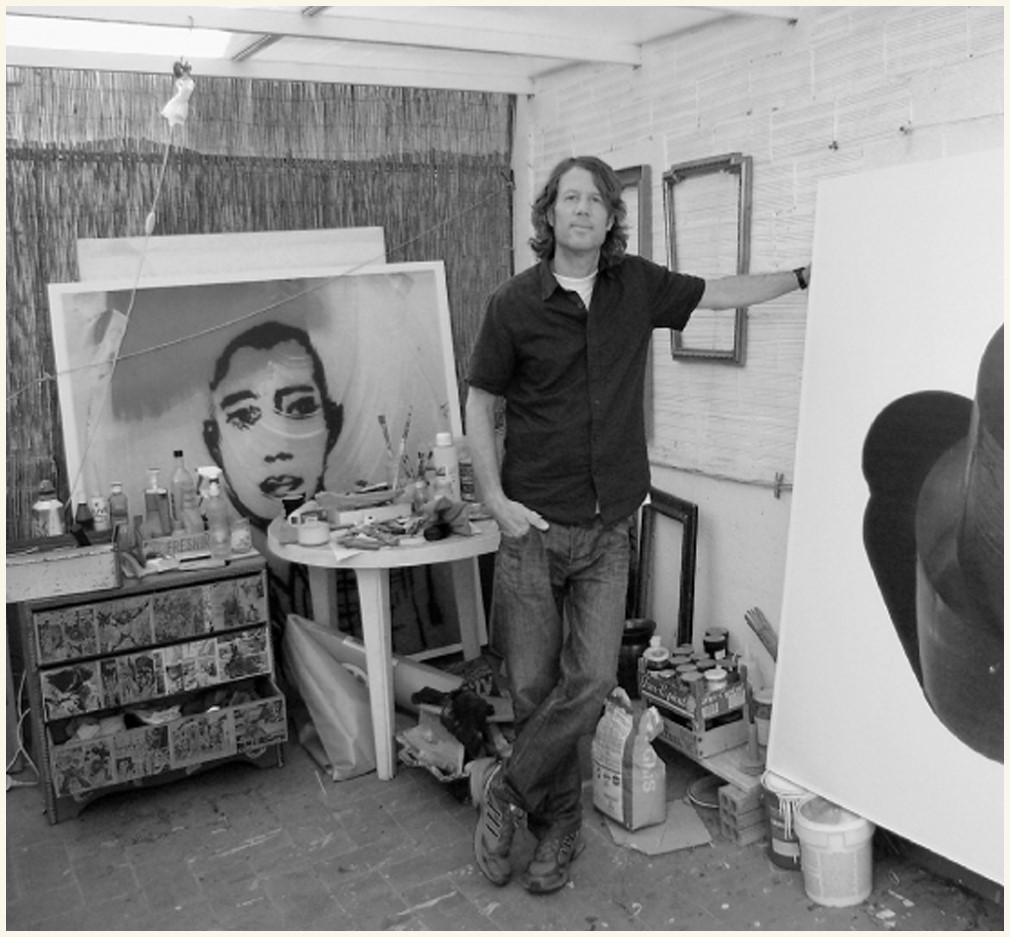 We asked the artist about animals, overconsumption, and how the Barcelona art scene compares to New York

Hi Scott. What’s the story behind Ruins of Civilization?

How was the series directly inspired by the state of the world?

The pandemic has probably been the most disruptive thing to happen to people since the Second World War. It has upended everyone’s lives in ways large and small, and even now we are all still dealing with the mess. Mostly it has been a disaster for public health and the economy, but the pause in human activity and temporary reprieve to the natural environment was a good thing.

So Ruins was inspired by overconsumption?

This is the issue. We are going to try to consume our way out of a disaster caused by overconsumption. It won’t work. Humanity is destroying the world it depends on. Covid should have been an opportunity for people to reflect on our assault on the natural world, a time to reconsider how we are living and what we are doing. For many people it is. But for the juggernaut of capitalism, it has become a good reason to double down on business as usual. The only difference being that now the marketing department has rebranded everything as eco-friendly and sustainable. World leaders and corporate executives are talking a good game, and any shift in that direction is better than nothing, but nothing substantial is being done to address the situation. Fossil fuels are being extracted and burned more than ever. Plastic is being produced and thrown out more than ever. I could go on, but you’ve heard it already.

How did the animals survive?

The animals are innocent survivors and inhabitants of the wasteland we will be leaving behind. At first the animals were just there, hanging around in a post-traumatic daze, drinking the leftover booze. Then they started helping each other, and things got biblical.

I could never imagine myself as a doctor or a lawyer, or anything that required dressing smartly and spending all day in an office. One day, I went to visit the painting studio of a family friend. I’ll never forget walking into that room… the smell of turpentine and oil paint, the chaos of brushes and tubes of colours. It was a sublime disaster, and I never felt more at home. I don’t have any agenda as far as my work goes. Making it is the important part for me, and once it leaves the studio, whatever impact it might have is out of my hands. The ongoing challenge is to make something that’s as compelling and thought provoking as the last thing.

Can you pinpoint when you first fell in love with an artwork?

I grew up a few blocks from the Whitney Museum in New York and my dad used to take my brother and I there on Saturday mornings. One time there was a sculpture that was essentially a hallway with mirrors on all six sides, so it was like floating in infinity. My dad had to drag me outta there. I still love it when a piece of art disorientates me. If I’m standing right in front of something and I’m not sure what the hell it is… That’s kind of magic.

If you had to look at one artwork only until the end of days, what would it be?

Giovanni Bellini’s San Zaccharia altarpiece in Venice is a painting that I could look at until the end of days. It’s got some scary juju hold on me that I can’t explain.

How does the Barcelona art scene compare to New York?

The New York art world is fuelled by filthy rich people who have more money than sense, and are desperately looking for the right place to park a few million dollars. The East Village and Soho in the 80s was bursting with young talented artists and musicians. Dozens of my peers were all there partying, and rocketing to superstardom… Keith Haring, Basquiat, Cindy Sherman, Jeff Koons. We were all showing in these tiny startup galleries… Madonna, Blondie, Run DMC, the Beastie Boys, Sonic Youth… all playing at CBGB’s and a dozen other dive-bars. I was also in a band called the Fudge Factory back in those days, so I was playing lots of gigs and hanging out a lot. You’d be sitting in a coffee shop having lunch and there’s Joey Ramone sitting next to you asking you to pass the salt… It was cool. The Barcelona art scene doesn’t have that kind of crazy money behind it, but there are loads of talented people here… artists, musicians, designers, chefs, filmmakers. Who knows where the next big thing will come from… why not Barcelona? Rosalía’s doing pretty well!

What role do you feel the artist has in today’s society?

There’s more art in the world than ever, and it continues to inspire and satisfy people at all levels, from the rainbow kitty NFT and Jeff Koon’s balloon dogs to films like Nomadland or Darren Aronofsky’s Mother. Creative resistance is important for building a more just and peaceful world but I think it’ll probably take more than that. Justice and peace don’t come naturally to humans.

Who are your biggest influences?

I have Da Vinci and Tintoretto to thank for a few pieces in the series. In general, I’m excited about people and projects aimed at the restoration and preservation of the natural world. While I am not a religious person, I am an optimist by nature. Who knows? Maybe the human race will survive. There are brilliant people who are hard at work on some very practical things that might yet save the day. I wish I was one of them.

Lastly, we are creating a playlist for TOPIA Season 01: THE BIG BANG. What is the last song you’d want to hear during your time here on earth?

Billy Paul’s Me and Mrs. Jones. It’s gentle and atmospheric with a hint of sadness and a deep sigh of satisfaction… hopefully that’ll be me when I take my last breath.

Art has the power to make a difference, and really good art spurs action. Great artists can help us think, understand and feel – and can even mitigate the negative effect created by the glut of horrors and information we are faced with on a daily basis.

Ruins of Civilization may not have been inspired by joyous events, but those gorillas are making the most. Follow Scott Riley’s art @scottrileyart.

A wise-cracking detective somewhere in the multiverse, Lisa Goldapple is the brain behind the world of TOPIA, She might not behave as good as gold, but thinks good is golden. To understand how TOPIA came about, read Mind Blown: “If life splinters and you hallucinate triangles, make a kaleidoscope.”