Dominique Crenn on art – and love

The rebel chef with four Michelin stars paints her utopia

A true artist who creates dishes as “poetic culinaria”, the progressive French chef tells us about being inspired by nature, seasonal ingredients and Whitney Houston

Women are claiming their rightful place at the table.

Dominique Crenn is the first female chef to receive more than three Michelin stars in the US, marking a turning point in the culinary world. Her greatest loves? Not kudos and stars, but life, family – and love itself.

The French chef’s triple-Michelin star-boasting flagship restaurant, Atelier Crenn in San Francisco, was created as a modernist tribute to her father. The literature and art-loving author of Rebel Chef opened it in 2011 as a place to express her heritage. Adopted at 18 months by a French couple from Versailles, her mother would take her to restaurants in Paris and her politician-painter father would take her along when he dined at Michelin star restaurants with his food critic pal. Today the Atelier’s walls are adorned with her father’s paintings and marble slats are etched with the words of a poem that Crenn wrote on the day he passed away.

With every dish comes a piece of her childhood in France and her love of all things California. Petit Crenn serves dishes inspired by her summers surrounded by the countryside in picturesque Brittany at the family farm, with the ‘Walk in the Forest’ dessert mimicking the bark of the trees there. During the pandemic, she used this locale to feed people in her neighbourhood.

Crenn creations are edible poetry on a plate. Progressive, outlandish and avant-garde, each course on the menu is a line of poetry inspired by nature and recounts a happy childhood working on her grandmother’s potato farm and walking with her father over the Pyrenees. This is what she has labelled “poetic culinaria”.

This artist’s medium of choice? Seasonal, sustainable ingredients sourced from her very own Bleu Belle Farm in Sonoma County in Northern California. Striving to have all restaurants waste-free, the compost from each location is sent to the farm and put back in the soil. In continuing to set a precedent for other chefs, in 2020 she made headlines for taking land animals off the menus of her three plastic-free San Francisco restaurants.

Throughout her journey to the top, the Netflix Chef’s Table and Iron Chef: Quest for an Iron Legend star has been outspoken about gender disparities and sexism in the male-dominated culinary scene. Crenn is known to run a kinder kitchen, changing the script to put an end to yelling and aggression.

In regular TOPIA series My World of Good, we ask revolutionaries to imagine better.

TOPIA caught up with Dominique Crenn in a garden in Girona, Spain, to ask her to share her ideal world

Dominique Crenn: “In My World of Good”

… people are authentic and silly

I want to inspire girls and young women to be silly. You can be you and it’s okay. I don’t believe in perfection in life, I believe in evolution.

Instagram can be dangerous. You don’t have to show the world every day of your life but if this is a tool that you want to use, just be your authentic self. I don’t pretend on my Instagram. I’m like, “this is me, I’m not perfect, it’s my struggle”. Sometimes you look like shit in the morning, it’s life! Don’t hide. You don’t need validation from anyone.

… everyone will have watched Cinema Paradiso

One of my favourite movies of all time is Guiseppe Tornatore’s Cinema Paradiso with Philippe Noiret. It takes place in an Italian village in Sicily and is about the intergenerational relationship between a boy and an older man, who is putting a movie together.

But it’s really about intimacy and understanding as both are being seen with different eyes. That’s a beautiful thing. We need to come to a place where older and younger generations unify. We need to take everyone in, truly listening to – and seeing – everyone. And we all need to understand children better. The world will be a better place.

… we pay attention to art 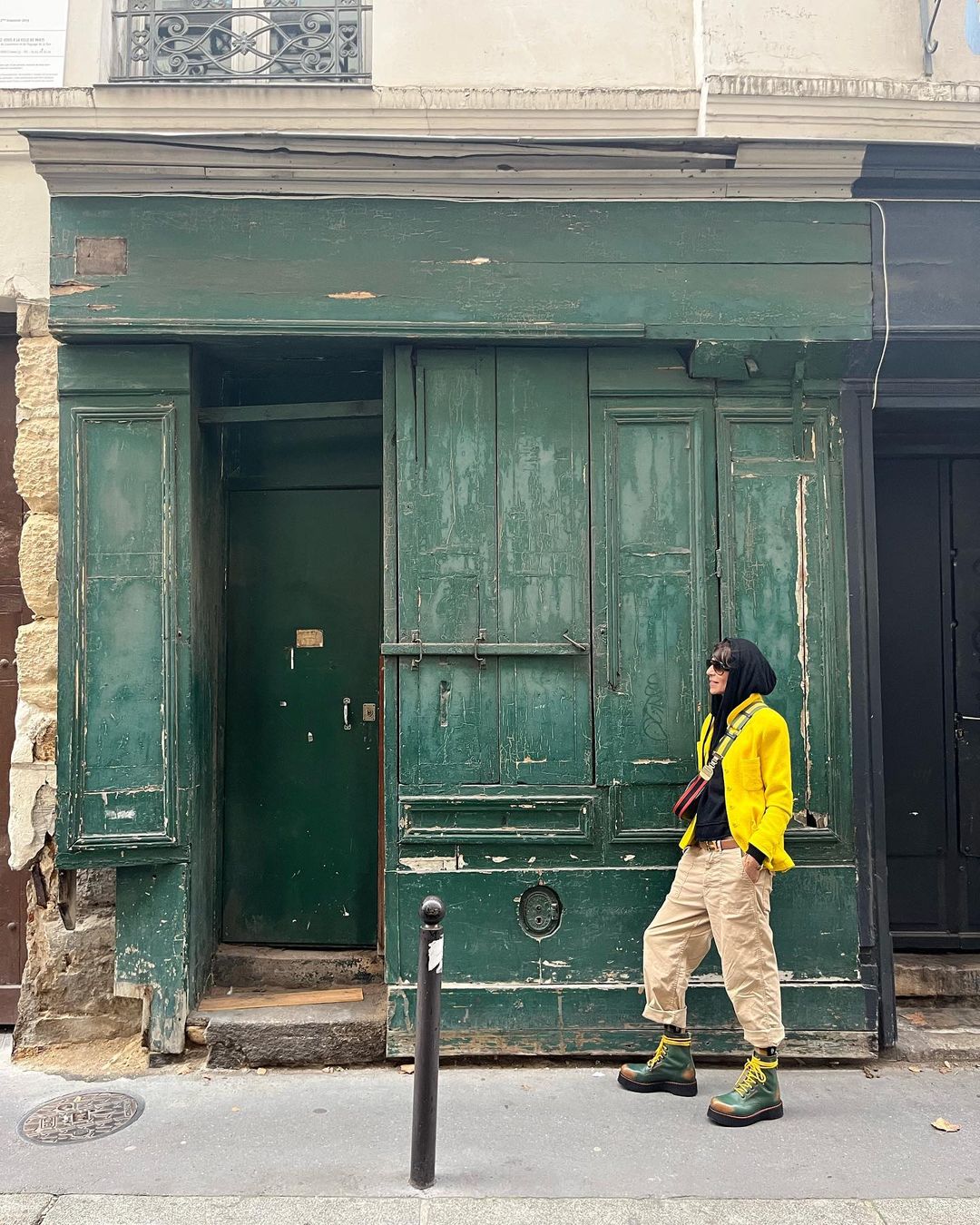 Architecture and sculpture teaches you so much about history. When you walk in the streets of Paris, you see something different every time.

You learn so much by paying attention to the beauty in this world.

Life is all art. It’s all about love.

… and remember we are here on Earth a guest

One of the world’s most beautiful artworks is not made by humans.
It’s nature itself.

It’s about reality and our dreams; finding the meaning of life within yourself, that understanding that what you see might not be what it appears. The message is that you have to be curious, a seeker of the truth.

I am thinking about writing a book for kids that’s interactive – with a lot of cultural references!

My happy place is being with myself. I need to be the one in my life. You think that you have to have a relationship with someone. But no, I want to find myself and then I can do the work that I want to do.

My last song on Earth would be Whitney Houston’s ‘I Will Always Love You’. I love who Whitney was. I’m also in love with Nina Simone, David Bowie, Queen, The Beatles, The Beach Boys and AC/DC – but Whitney will always be my girl!

… there is no hatred

I have a hard time with people who don’t have a filter and are hurtful to others. Talking shit is very unattractive to me. I will never do that, because it’s not who I am. Appreciate freedom while always respecting other humans. If I could have any superpower in the world, it would be to get rid of hate.

… it’s all about the women

I’m such a fan of women who go out there and do things for their community to sustain their culture. I’m honoured to have played a part in giving chef Binta Fatmata the Basque Culinary Prize 2022. I’ve been following her Dine on a Mat initiative for a long time. I couldn’t think of anyone else for this prize, I’m in love with what she’s doing. The best leaders in this world are the people who do things without wanting any awards. They do things because they care about others. Binta is an example of an amazing human.

I don’t want to be remembered as a chef but someone kind who loves humanity and used their platform to really give back and create a better world. I do feel it’s my duty to bring voices who are not being paid enough attention to the forefront. It should be in every human heart to want to give to others when they are able to. Let’s see where the world takes me.

Wherever the community needs me, I will be there.

To tie in with our S02 theme, we asked the superchef for her thoughts on the egg itself.

“I’m a good omelette maker! I love eggs. They represent love and the beginning of everything, of life itself. I make the best French omelette. It’s the bomb! It’s very floppy. I roll it like the Japanese do, and it’s made with a lot of love. I use the eggs as the connector of what I want to speak about, which is love. And when I serve it, when people eat it, they feel love.