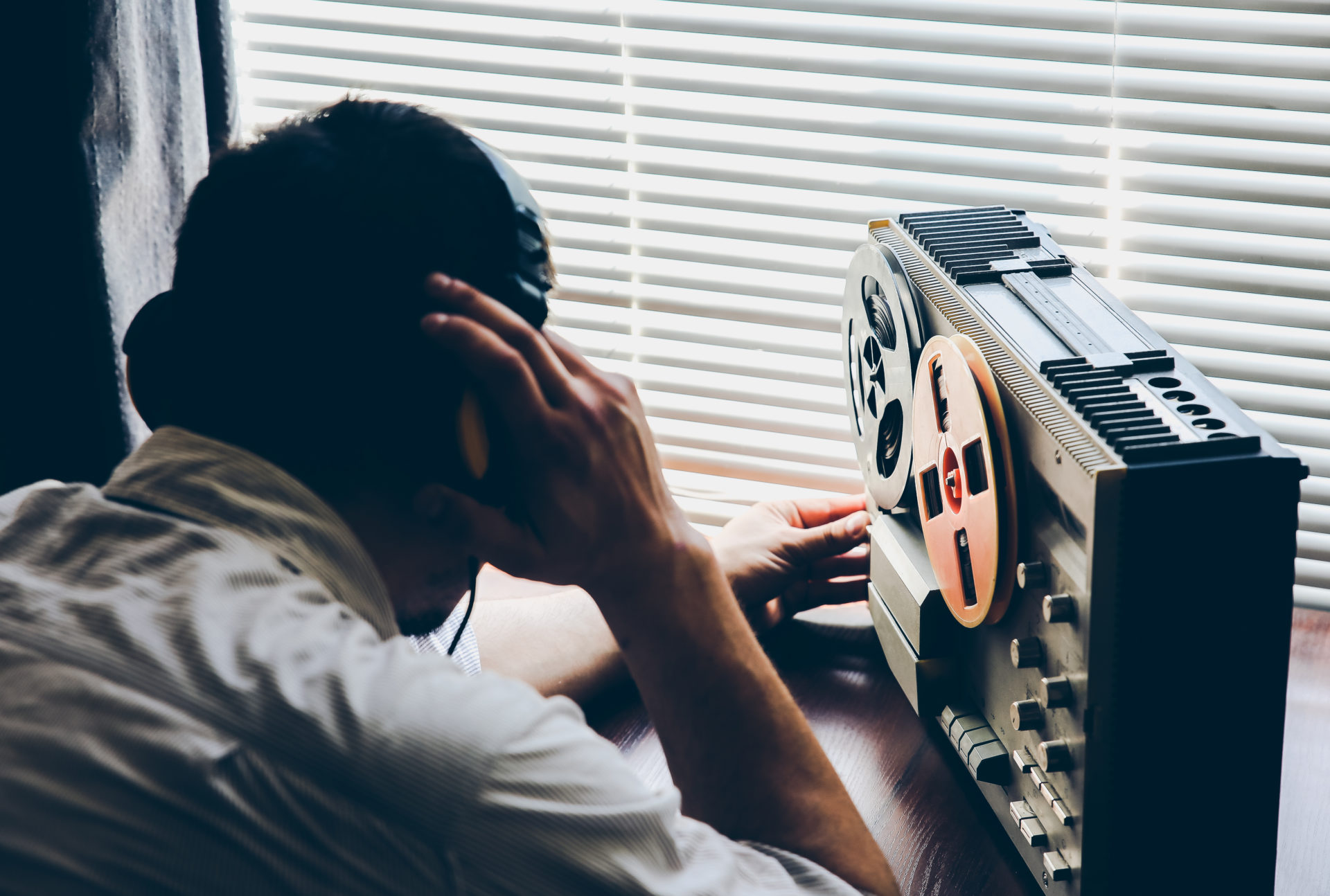 The Untold History of Ukraine
and the West

The invasion of Ukraine by Russia has shocked the world. Look behind the headlines into a history that perhaps doesn’t fit the narrative

Matt Graham is the history-obsessed TV writer behind Oliver Stone’s Untold History of the United States, which looked at stories from America’s history that don’t fit into the way we learn about its past.

On a freezing winter’s night in 1949, at the height of the Cold War, a man climbed onto the ledge of a sixteenth floor window at Bethesda Naval Hospital in Maryland, and jumped out. The fall killed him instantly.

There was a single baffling clue as to why he’d ended his own life: he’d spent his last hours late at night copying out the Ancient Greek tragedy Ajax, by Sophocles. In the play, Ajax considers his long exile from home:

“Woe, woe!” will be the cry–
No quiet murmur like the tremulous wail
Of the lone bird, the querulous nightingale–

Reaching the word “Nightingale,” around 2am, abruptly, mid sentence, Forrestal stopped and appeared to have simply put down his pencil and jumped out of the window.

This was his suicide note, and perhaps, government investigators surmised, unlocking the significance of the word “Nightingale” to Forrestal could hold the key to his death. At Princeton, he’d been voted “Most Likely to Succeed.” The only thing anyone could be sure of was that James Forrestal was brilliant, and still had a shining career ahead of him.

Forrestal had started out as an investment banker – handsome, successful and confident, and by 31, a partner at investment firm Dillon Read, Forrestal was a major name on Wall Street. A character right out of a F. Scott Fitzgerald novel, he mixed with the Roaring Twenties’ bohemian set – in Paris, at a Left Bank cocktail party he’d met his equally glamorous wife, socialite Josephine Ogden.

Drinking and partying came naturally to both – as did affairs, which they both carried on even after getting married.

A Republican when the War began, he was recruited into government service by Democratic President Roosevelt as Secretary of the Navy. He seemed a strange choice; the only ships Forrestal had ever been on previously were pleasure yachts. The Admirals hated him – yet he was the most efficient secretary the service had ever seen, bringing the Navy into a new age of combat readiness.

As the Cold War began, Forrestal was appointed the US’s first Secretary of Defense, in charge of the giant new Department of Defense building on the Potomac – known as the Pentagon. Forrestal, in his early fifties was young, brilliant and ambitious. He surrounded himself with equally brilliant men, and mentored the next generation of US foreign policy intellectuals, George Kennan and Paul Nitze, who’d been his deputy at Dillon Read.

According to author James Caroll, the five-sided building amplified an outlook based on global threat. From his first days in office, Forrestal’s tenure at the new service started to be marred by increasingly erratic behaviour. A profound anti-Communist, paranoia began to take over his personality. After the murder of Czech politician Jan Masaryk by a Stalinist hit squad (Masaryk was thrown out of a window in Prague), Forrestal began to believe he was marked for assassination by Soviet assassins, and that a hit squad was patrolling the streets of DC looking for him. When a friend (and future CIA director John McCone) visited him at home, Forrestal urged him to stay away from the windows lest he provide a good target for a sniper. Disturbed by rumours of his behaviour, the FBI was asked by President Truman to keep an eye on him.

When Forrestal was finally relieved of duty by President Truman after the Berlin Crisis, a probably apocryphal rumour has it, according to columnist Drew Pearson, that he ran through the streets, shouting “the Russians are coming!” Suffering from “reactive depression”, he’d been admitted to Bethesda, where he was given the top floor VIP suite.

The news of his suicide was withheld from the press while investigators worked. His mysterious death would remain a major Cold War mystery, and the facts discovered by government investigators would not be shared until 2004. Key to everything was the word “Nightingale”.

A few years earlier, during his tenure as Pentagon chief, Forrestal had collaborated with the new CIA in numerous global “covert actions” – such as tampering with the Italian elections in 1948 to prevent a Communist victory. One such covert action was the creation what came to be known as a “Stay Behind Army” in Ukraine – in order to destabilise the Soviet Union.

The last word he ever wrote was a code name – endorsed by him – for a secret Western backed army designed to hamper the Russians. The group, known by the Nazis as “Nachtigall” or “Nightingale” was made up of former Ukrainian WW2 death squad members. Reactivated – now based out of Munich and known as the “UPA”, the unit was flown into the mountains around Lviv. Numerous deaths were recorded by the group which proceeded to wreak havoc in the region on the CIA’s dime until it was “folded up” in Agency parlance, largely by information leaked to the Soviets by British super spy Kim Philby at the time head of joint US-UK intelligence at the British Embassy in DC. The erudite British agent was a contemporary of Forrestal’s – and rumour has it, Forrestal’s wife Josephine once drunkenly fell asleep at a British Embassy party.

Due to the nature of this highly secret ongoing operation, investigators in 1949 were not aware of the significance of this word to Forrestal and ascribed his death to “mental depression” as a result of his firing. The Ukrainian army that he helped create never had a hope of success without direct American aid, but declassified CIA documents reveal that it was designed cynically to “bleed the Soviet Union”. An internal CIA report years later concluded that the Nightingale operation was “ill fated and tragic”.

Was it guilt that caused Forrestal to take his own life? We’ll never really know.  There’s plenty of speculation online though.

Probably because of the manner of his mysterious death, Forrestal is commonly linked to UFO cover-up theories and all manner of bizarre Deep State conspiracies.

We covered the story of the death of James Forrestal in the series I wrote for Showtime with Oliver Stone – The Untold History of The United States. I always know I’m onto something when Oliver writes the exact same thing as I do on social media – his current Facebook post highlights James Forrestal and the Ukrainian Nightingale army that he was instrumental in creating and has predictably created an online argument.

With the tragic events of this week, making oneself aware of history has become even more important in a world where we’re increasingly self-absorbed. Today, people like to lose themselves in superhero franchises or superficial self improvement rather than attempt to comprehend an increasingly complex world. Our mainstream entertainment is dominated by escapism – a conscious turning of one’s back on reality. Politics is divisive. When people do engage, it’s often in the form of self promoting “internet activism”. That’s not going to help a dying planet or the million refugees that may flood into Germany as a result of the war, but it might make you feel good about yourself for a few minutes. It won’t actually help anyone though.

More than ever, understanding History is vital to one’s comprehension of the world around us. It’s important to be aware that as monstrous as he is, the major event in the life of Vladimir Putin was the collapse of the Soviet Union in 1991, the destruction of a system he’d dedicated his life to serving as a young intelligence officer. The West broke nearly every promise made to Russia since, including the expansion of NATO into former Soviet territory, while Russia’s economy collapsed. Putin’s rise turned Russian humiliation around, and put his country back on the course of self respect. Clearly, Putin never forgot where he came from.

The West’s actions during the Cold War, and our interaction with the Former Soviet Union is a deeply troubling period of our history that we’d like to forget now that it’s over. However, it’s always better to confront unpleasant truths than it is to try to cover them up – in politics, in relationships, in life. There’s a history behind the news which doesn’t always conform to what we think. It’s our responsibility to be aware of it – particularly when it doesn’t fit the narrative.

In an age of online self-absorption, you need more than ever to know your history. It’s a responsibility.

Matt Graham is a TV writer, originally from London, now based in Los Angeles. He’s the writer of the hit series Oliver Stone’s: The Untold History of the United States. As well as a great many TV scripts for Hollywood, he’s the writer of much published short fiction and a novel, The Night Driver. Matt’s the survivor of a plane crash in Panama and a roadside mock execution in Nigeria. He’s worked as a crime reporter in South America as well as a ranch manager in Colorado. He’s lived all over the world, and his great unifying passion in life is the search for the sleaziest bars imaginable. Sometimes he wakes up wondering whether or not it’s all just been a strange dream – the kind that jolts you from REM at 3am and leaves you staring at the ceiling. Follow @muzurphulus.